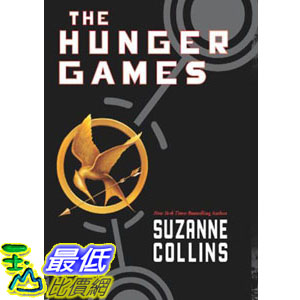 In the ruins of a place once known as North America lies the nation of Panem, a shining Capitol surrounded by twelve outlying districts. The Capitol is harsh and cruel and keeps the districts in line by forcing them all to send one boy and one girl between the ages of twelve and eighteen to participate in the annual Hunger Games, a fight to the death on live TV. Sixteen-year-old Katniss Everdeen, who lives alone with her mother and younger sister, regards it as a death sentence when she is forced to represent her district in the Games. But Katniss has been close to dead before - and survival, for her, is second nature. Without really meaning to, she becomes a contender. But if she is to win, she will have to start making choices that weigh survival against humanity and life against love.

New York Times bestselling author Suzanne Collins delivers equal parts suspense and philosophy, adventure and romance, in this searing novel set in a future with unsettling parallels to our present.

Editorial Reviews
From Publishers Weekly
Starred Review. Reviewed by Megan Whalen Turner
If there really are only seven original plots in the world, it's odd that boy meets girl is always mentioned, and society goes bad and attacks the good guy never is. Yet we have Fahrenheit 451, The Giver, The House of the Scorpion—and now, following a long tradition of Brave New Worlds, The Hunger Games. Collins hasn't tied her future to a specific date, or weighted it down with too much finger wagging. Rather less 1984 and rather more Death Race 2000, hers is a gripping story set in a postapocalyptic world where a replacement for the United States demands a tribute from each of its territories: two children to be used as gladiators in a televised fight to the death.Katniss, from what was once Appalachia, offers to take the place of her sister in the Hunger Games, but after this ultimate sacrifice, she is entirely focused on survival at any cost. It is her teammate, Peeta, who recognizes the importance of holding on to one's humanity in such inhuman circumstances. It's a credit to Collins's skill at characterization that Katniss, like a new Theseus, is cold, calculating and still likable. She has the attributes to be a winner, where Peeta has the grace to be a good loser.It's no accident that these games are presented as pop culture. Every generation projects its fear: runaway science, communism, overpopulation, nuclear wars and, now, reality TV. The State of Panem—which needs to keep its tributaries subdued and its citizens complacent—may have created the Games, but mindless television is the real danger, the means by which society pacifies its citizens and punishes those who fail to conform. Will its connection to reality TV, ubiquitous today, date the book? It might, but for now, it makes this the right book at the right time. What happens if we choose entertainment over humanity? In Collins's world, we'll be obsessed with grooming, we'll talk funny, and all our sentences will end with the same rise as questions. When Katniss is sent to stylists to be made more telegenic before she competes, she stands naked in front of them, strangely unembarrassed. They're so unlike people that I'm no more self-conscious than if a trio of oddly colored birds were pecking around my feet, she thinks. In order not to hate these creatures who are sending her to her death, she imagines them as pets. It isn't just the contestants who risk the loss of their humanity. It is all who watch. Katniss struggles to win not only the Games but the inherent contest for audience approval. Because this is the first book in a series, not everything is resolved, and what is left unanswered is the central question. Has she sacrificed too much? We know what she has given up to survive, but not whether the price was too high. Readers will wait eagerly to learn more.
Megan Whalen Turner is the author of the Newbery Honor book The Thief and its sequels, The Queen of Attolia and The King of Attolia. The next book in the series will be published by Greenwillow in 2010.
Copyright © Reed Business Information, a division of Reed Elsevier Inc. All rights reserved.
From School Library Journal
Grade 7 Up -In a not-too-distant future, the United States of America has collapsed, weakened by drought, fire, famine, and war, to be replaced by Panem, a country divided into the Capitol and 12 districts. Each year, two young representatives from each district are selected by lottery to participate in The Hunger Games. Part entertainment, part brutal intimidation of the subjugated districts, the televised games are broadcasted throughout Panem as the 24 participants are forced to eliminate their competitors, literally, with all citizens required to watch. When 16-year-old Katniss's young sister, Prim, is selected as the mining district's female representative, Katniss volunteers to take her place. She and her male counterpart, Peeta, the son of the town baker who seems to have all the fighting skills of a lump of bread dough, will be pitted against bigger, stronger representatives who have trained for this their whole lives. Collins's characters are completely realistic and sympathetic as they form alliances and friendships in the face of overwhelming odds; the plot is tense, dramatic, and engrossing. This book will definitely resonate with the generation raised on reality shows like 'Survivor' and 'American Gladiator.' Book one of a planned trilogy.Jane Henriksen Baird, Anchorage Public Library, AK
Copyright © Reed Business Information, a division of Reed Elsevier Inc. All rights reserved.