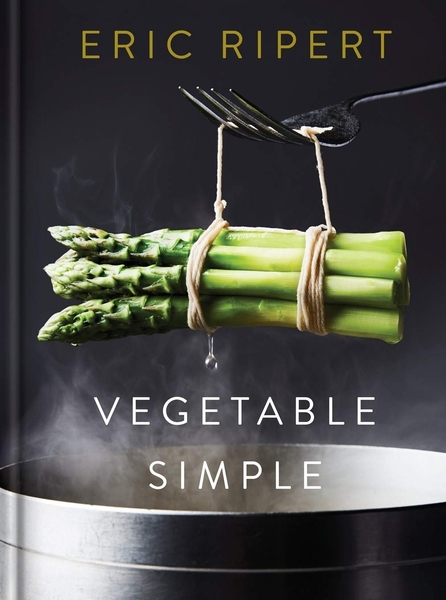 From one of the world’s most renowned chefs, 110 essential recipes that celebrate the beauty, simplicity, and elegance of vegetables
NAMED ONE OF THE BEST COOKBOOKS OF THE YEAR BY PUBLISHERS WEEKLY
Eric Ripert is the chef and co-owner of the acclaimed restaurant Le Bernardin, and the winner of countless Michelin stars, well known for his exquisite, clean, seafood-centered cuisine. But lately, Ripert has found himself reaching for vegetables as his main food source—and doing so, as is his habit, with great intent and care.
In Vegetable Simple, Ripert turns his singular culinary imagination to vegetables: their beauty, their earthiness, their nourishing qualities, and the many ways they can be prepared. From vibrant Sweet Pea Soup to Fava Bean and Mint Salad, from warming Mushroom Bolognese to Roasted Carrots with Harissa, Eric Ripert articulates a vision for vegetables that are prepared simply, without complex steps or ingredients, allowing their essential qualities to shine and their color and flavor to remain uncompromised. Complete with gorgeous photos by renowned photographer Nigel Parry, this is a necessary guide for the way we eat today.
About the Author
Eric Ripert is the chef and co-owner of the New York restaurant Le Bernardin, which holds three Michelin stars and has maintained a four-star rating from The New York Times for more than two decades. He is vice chairman of the board of City Harvest, a New York-based food rescue organization, as well as a recipient of the Legion d'Honneur, France's highest honor. He serves as a regular guest judge on Bravo's Top Chef and is the host of his own TV series, Avec Eric, which has won Emmy and James Beard awards. Ripert is the author of five cookbooks—My Best: Eric Ripert, Avec Eric, On the Line, A Return to Cooking, and Le Bernardin: Four Star Simplicity—and a New York Times bestselling memoir, 32 Yolks.
產品詳細資訊
出版者 : Random House (20 4 月 2021)
語言 : English
Hardcover : 256 頁
ISBN-10 : 0593132483
ISBN-13 : 978-0593132487
尺寸 : 19.76 x 2.18 x 26.19 cm