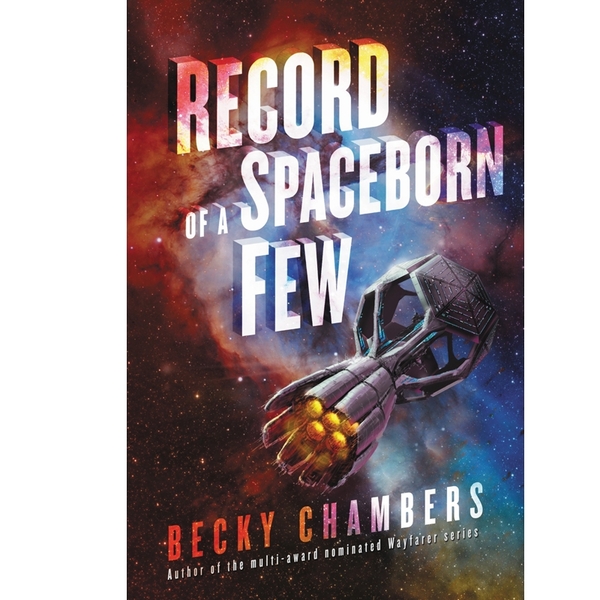 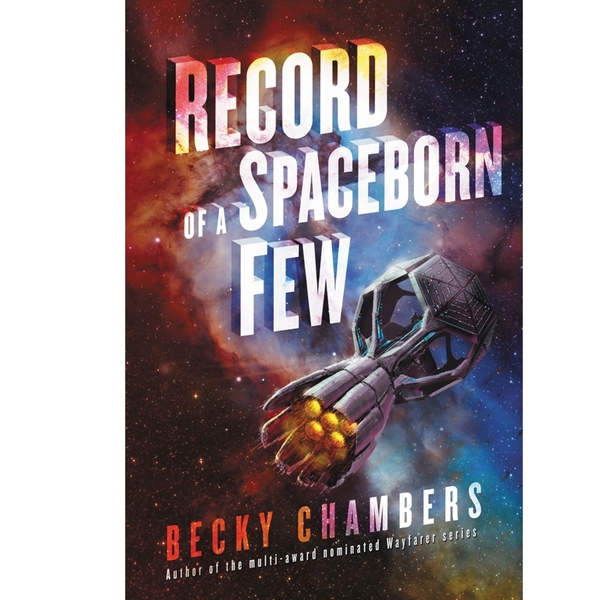 Winner of the Hugo Award for Best Series!
Brimming with Chambers' signature blend of heart-warming character relationships and dazzling adventure, Record of a Spaceborn few is the third standalone installment of the Wayfarers series, set in the sprawling universe of the Galactic Commons, and following a new motley crew on a journey to another corner corner of the cosmos—one often mentioned, but not yet explored.
Return to the sprawling universe of the Galactic Commons, as humans, artificial intelligence, aliens, and some beings yet undiscovered explore what it means to be a community in this exciting third adventure in the acclaimed and multi-award-nominated science fiction Wayfarers series, brimming with heartwarming characters and dazzling space adventure.
Hundreds of years ago, the last humans on Earth boarded the Exodus Fleet in search of a new home among the stars. After centuries spent wandering empty space, their descendants were eventually accepted by the well-established species that govern the Milky Way.
But that was long ago. Today, the Exodus Fleet is a living relic, the birthplace of many, yet a place few outsiders have ever visited. While the Exodans take great pride in their original community and traditions, their culture has been influenced by others beyond their bulkheads. As many Exodans leave for alien cities or terrestrial colonies, those who remain are left to ponder their own lives and futures: What is the purpose of a ship that has reached its destination? Why remain in space when there are habitable worlds available to live? What is the price of sustaining their carefully balanced way of life—and is it worth saving at all?
A young apprentice, a lifelong spacer with young children, a planet-raised traveler, an alien academic, a caretaker for the dead, and an Archivist whose mission is to ensure no one’s story is forgotten, wrestle with these profound universal questions. The answers may seem small on the galactic scale, but to these individuals, it could mean everything.
Product details
Item Weight : 1.1 pounds
Hardcover : 368 pages
ISBN-10 : 0062851152
ISBN-13 : 978-0062851154
Product Dimensions : 6 x 1.17 x 9 inches
Publisher : Harper Voyager (July 24, 2018)
Language: : English
Best Sellers Rank: #1,119,640 in Books