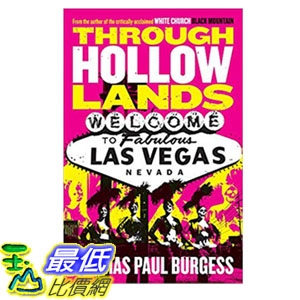 PS.圖片僅供參考,商品以實物為准!
Set in the US on 11th September 2001, Through Hollow Lands tells the story of George Bailey, a charming but feckless opportunist who finds himself trapped in the seeming purgatory of Las Vegas.He is followed there by Lou Plutus - his boss and a paedophile pornographer - from whom he has stolen a ‘Kompromat’ video of great importance to the Russian mafia. George un-expectantly encounters Jaffé Losoko there, a naïve, young Ethiopian woman whom he had got pregnant some six years before and arranged for an abortion. She now works in the Vegas sex trade.To escape, George must face his Russian pursuers – the terrifying ‘Triptych’ - head on and make amends to Jaffé. Beset by angels and demons, truth-tellers and liars, he must pay for the sins of his past in order to find salvation beyond Vegas.The book explores the trauma visited upon the American psyche in the immediate aftermath of the 9/11 attacks. Through Hollow Lands is the author’s compelling second novel, following the critically acclaimed White Church, Black Mountain.
Editorial Reviews
Review
'Like Brian Moore given a make-over by James Elroy. Excellent stuff.' --Bestselling novelist Colin Bateman
About the Author
Thomas Paul Burgess was born in Belfast, Northern Ireland. He is a published academic, novelist and songwriter / musician with his band Ruefrex - with whom he achieved commercial and critical success through the release of seven singles and three albums. His first novel, White Church, Black Mountain is a political thriller, dealing with the emerging post-conflict society of Northern Ireland and exploring the legacy of the troubles and how its residue impacts on those who seek to build a personal and communal future in their aftermath. Through Hollow Lands is his second novel. He lives in Cork, Ireland, where he is a Senior Academic and Director of Youth & Community Studies at The School of Applied Social Studies, University College Cork.
Product details
Paperback: 368 pages
Publisher: Urbane Publications (October 1, 2018)
Language: English
ISBN-10: 1911583581
ISBN-13: 978-1911583585
Product Dimensions: 7.8 x 1.5 x 5.1 inches
Shipping Weight: 12.6 ounces