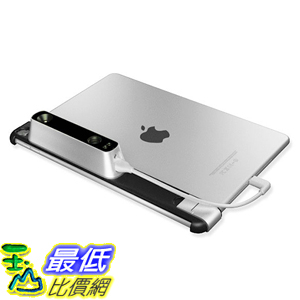 With the Structure Sensor, the future is in your hands. Rapid 3D scanning of objects and people, 3D maps of interior spaces, and mixed reality experiences where fantasy becomes impossible to tell from reality.

Capture dense 3D models with the push of a button

When used as a 3D scanner, Structure Sensor allows you to capture dense geometry in real-time. This enables you to simulate real world physics and create high-fidelity 3D models with high-resolution textures in seconds. The possibilities are incredible.

Measure entire rooms all at once

The magic of 3D depth sensing begins with the ability to capture fast, accurate, dimensions of objects and environments.

Bridge Engine makes it simple to author and deploy mind-bending mixed reality experiences to the mobile device you already own. Coupled with Structure Sensor's ability to capture dense 3D meshes of scenes, you can create magical experiences where it's impossible to tell the virtual from the real.

One Bracket Alignment Tool
One Structure Sensor Base Plate
One Bracket