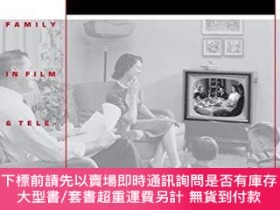 代購商品
With a breadwinner dad, a homemaker mom, and squeaky-clean kids, the 1950s television family has achieved near mythological status as a model of what real families "ought" to be. Yet feature films of the period often portrayed families in trouble, with parents and children in conflict over appropriate values and behaviors. Why were these representations of family apparently so far apart?
Nina Leibman analyzes many feature films and dozens of TV situation comedy episodes from 1954 to 1963 to find surprising commonalities in their representations of the family. Redefining the comedy as a family melodrama, she compares film and television depictions of familial power, gender roles, and economic attitudes. Leibman's explorations reveal how themes of guilt, deceit, manipulation, anxiety, and disfunctionality that obviously characterize such movies as Rebel without a Cause, A Summer Place, and Splendor in the Grass also crop up in such TV shows as The Adventures of Ozzie and Harriet, Father Knows Best, Leave It to Beaver, The Donna Reed Show, and My Three Sons.