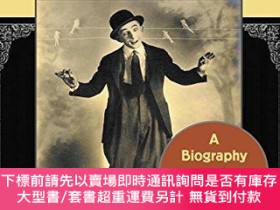 代購商品
Prior to his tragic death in 1928, Larry Semon was one of the best-loved and most popular comics on the Silent Screen. For a time Larry seriously rivaled comedic legends Charlie Chaplin, Harold Lloyd, and Buster Keaton for worldwide fame and fortune. He was a man responsible for his own stories, gags, acting and direction, as well as his films' success and, eventually, his failure.

Born within a historically noble family, Larry was the son of the sensational magician Professor Zera the Great, traveling and participating in many an early performance. As an artistically talented youth, he was soon working as an illustrator and cartoonist before being sought for motion pictures by the Vitagraph Company of New York. From writer to director, and soon star, Larry Semon became a Hollywood legend.

Author Claudia Sassen has spent 30 years researching and has written and illustrated the long-overdue biography of one of Hollywood's most overlooked giants in movie history. Sifting through countless articles, contacting Semon family, friends, and acquaintances, and discovering and screening many films believed to be lost--with the assistance of filmographer Patrick Skacel--have rendered this book replete in recognition of one of filmdom's most deserving artists.