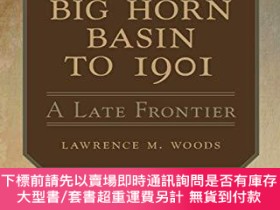 代購商品
Custer's defeat at the Battle of the Little Big Horn did its part to win fame for the Big Horn Basin, and much has been written about the famous characters of Wyoming. But until now the region which is Wyoming's last frontier has not received comprehensive treatment. This new study examines the Big Horn Basin during its frontier period.Isolated by Indian lands and impassable natural barriers, the Big Horn Basin remained a frontier for years after the frontier faded from other Western regions. The Indian Treaties of 1868 had left the Basin effectively encircled by Crow, Sioux, and Shoshoni Indians. The Yellowstone cordillera, Big Horn River and Wind River cut off travel on the west, east and south. Secluded and remote, the Big Horn Basin attracted only the most rugged and foolhardy, giving it a history distinct in the American saga.

Trail breakers, fur traders and gold seekers, the first to open the Basin to settlement, are each highlighted. The efforts of Jedediah Smith, Charles Kemble, William Gordon, Robert Campbell, William Ashley and others were the first to blaze routes into the Basin for fur trade. There is much information on military expeditions and Indian encounters led by the likes of Lt. John Mullins, Lt. Henry E. Maynadier and Capt. William F. Reynolds, and Col. Nelson A. Miles. James Bridger, Edward Shelly, and the Expedition of 1870 figure prominently. The adventures of various prospectors are included.

Stock growing entrepreneurs and alliances receive prime attention in this study. The disastrous winter of 1886-1887 and the Johnson County Invasion are described at length. Cattlemen Mason and Lovell, Torrey, and a great many others are discussed in a sweeping roster of who's who.

Horse and cattle thieves, robbers and outlaws are discussed, including Hank Gorman, Charles and Ed Anderson, and Albert Nard. The lawmen who brought justice to Wyoming are also heralded here: Thomas R. Adams, Ed Lloyd, and Walter W. Peay among others.

The railroad through the Big Horn Basin and its impact on a once impenetrable frontier are spotlighted. The importance of the Hill , Toluca , Lower Hanover Canal Project, and Wind River Canyon Dam are all brought to light.