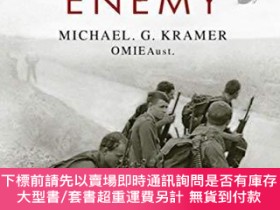 代購商品
The full story of the three Indochina wars, told from both sides and including the plight of civilians caught up in the fighting. Of necessity, the politics of Australia, New Zealand, Britain, France, and the USA towards the push for independence and freedom by Vietnam and Laos are examined. The region known as Indochina is made up of the countries of Cambodia, Laos and Vietnam. The First Indochina War was the patriots of Laos and Vietnam working together to defeat the French, at Dien Bien Phu. The French were there in overwhelming numbers and were supported and supplied by the USA, which directly supplied many thousands of tons of weapon directly to the French. As well as aircraft, pilots for these were at times, also supplied to the French by the USA. The USA interfered with the Paris Peace talks and Vietnam was partitioned at the 17th parallel, resulting in the Second Indochina War, which is also known as the Vietnam War. That was lost by the Americans and the USA allies when the last US soldier was withdrawn from Vietnam in 1975. The USA lost more than 58,600 men Killed in Action (KIA). That is an alarming level of casualties when you remember that for every soldier at the "Sharp End", the USA had another ten in support. In other words, when the USA numbers of soldiers in Vietnam was at 500,000, only about 50,000 of these personnel were involved directly in combat. That means the American ratio for those in support compared to those in combat was 10:1. Now look at the American KIA figure for 1961-1975, of in excess of 58,000 and you should be horrified at the killed in action figure being higher than the total amount of those involved in combat duties. After the departure of Allied forces in 1975, the Vietnamese Army invaded Kampuchea in 1978 (Third Indochina War) and then replaced the Pol Pot Government with the Hung Sen Government.