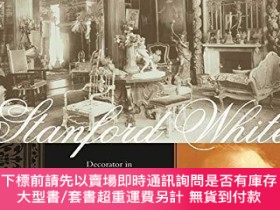 代購商品
The designer of such landmarks as the Washington Square Arch, the New York Herald and Tiffany Buildings, and the homes of captains of American industry, Stanford White is a legendary figure in the history of American architecture. Yet while the exteriors and floor plans of his designs have been extensively studied and written about, no book has fully examined the other aspect of his career, which claimed at least half of his time and creativity. Wayne Craven's work offers the first study of Stanford White as an interior decorator and a dealer in antiques and the fine arts. Craven also offers a vivid portrait of the sweeping social and cultural changes taking place in the United States in the late nineteenth and early twentieth centuries. He places White's work as an interior decorator within the context of the lives and society of the nouveaux riches who built unprecedented fortunes during the Industrial Revolution.
Rejecting the dominant middle-class tastes and values of the United States, the Whitneys, Vanderbilts, Astors, Paynes, Mackays, and other wealthy New York families saw themselves as the new aristocracy and desired the prestige and trappings accorded to Old World nobility. Stanford White fulfilled their hunger for aristocratic recognition by adorning their glamorous Fifth Avenue mansions and Long Island estates with the sculptures, stained-glass windows, coats of arms, and carved fireplaces of the European past. Interior decorators such as White did more than just buy single pieces for these families. They purchased entire rooms from palazzos, chateaux, villas, nunneries, and co...