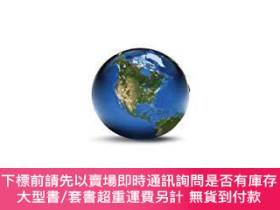 代購商品
In A Country of Cities, author Vishaan Chakrabarti argues that well-designed cities are the key to solving America's great national challenges: environmental degradation, unsustainable consumption, economic stagnation, rising public health costs and decreased social mobility. If we develop them wisely in the future, our cities can be the force leading us into a new era of progressive and prosperous stewardship of our nation. In compelling chapters, Chakrabarti brings us a wealth of information about cities, suburbs and exurbs, looking at how they developed across the 50 states and their roles in prosperity and globalization, sustainability and resilience, and heath and joy. Counter to what you might think, American cities today are growing faster than their suburban counterparts for the first time since the 1920s. If we can intelligently increase the density of our cities as they grow and build the transit systems, schools, parks and other infrastructure to support them, Chakrabarti shows us how both job opportunities and an improved, sustainable environment are truly within our means. In this call for an urban America, he illustrates his argument with numerous infographics illustrating provocative statistics on issues as disparate as rising childhood obesity rates, ever-lengthening automobile commutes and government subsidies that favor highways over mass transit. The book closes with an eloquent manifesto that rallies us to build "a Country of Cities," to turn a country of highways, houses and hedges into a country of trains, towers and trees. Vishaan Chakrabarti is an architect, scholar and founder of PAU. PAU designs architecture that builds the physical, cultural, and economic networks of cities, with an emphasis on beauty, function and user experience. PAU simultaneously advances strategic urbanism pro...