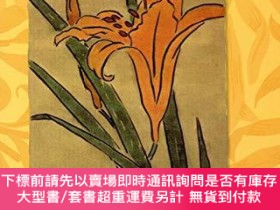 代購商品
This book explores the movement for design reform in turn-of-the-century Boston. When English craftsman, poet, and socialist William Morris advised consumers in the 1880s to 'have nothing in your houses that you do not know to be useful or believe to be beautiful,' he prompted a movement for design reform in Britain, Europe, and America. Championing Morris's views, the Society of Arts and Crafts in Boston led the quest for 'usefulness and beauty' in the United States. As the oldest arts and crafts organization in the country, it exerted considerable influence.Among the Boston reformers were design critics, whose profession became increasingly important in the nineteenth century. Many of them - including a number of prominent women - were also architects, designers, craft workers, educators, and theorists. Their views on design reform were substantive and often controversial.This richly illustrated book explores the interaction of craft workers and critics as they collaborated to improve the quality of the living and working environment in Boston and across the United States. Beverly K. Brandt examines multiple overlapping topics - the evolution of the profession of design criticism in the nineteenth century; Boston in the 'Gilded Age' as a center for reform, epitomized by the Aesthetic and the Arts and Crafts movements; the formative years of the Society of Arts and Crafts (1897-1917); key personalities associated with that organization; the theoretical underpinnings of the Arts and Crafts movement; and, a diaspora of Boston reformers who left the city to promote usefulness and beauty across the country and abroad. In an epilogue, she discusses the Arts and Crafts revival which has flourished since the 1970s and contemplates why the search for usefulness and beauty continues to resonate today.