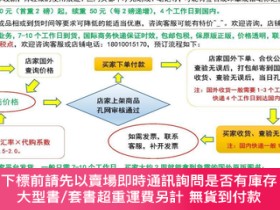 代購商品
An accessible, clearly organized survey of the basic topics of measure theory for students and researchers in mathematics, statistics, and physics
In order to fully understand and appreciate advanced probability, analysis, and advanced mathematical statistics, a rudimentary knowledge of measure theory and like subjects must first be obtained. The Theory of Measures and Integration illuminates the fundamental ideas of the subject-fascinating in their own right-for both students and researchers, providing a useful theoretical background as well as a solid foundation for further inquiry.
Eric Vestrup's patient and measured text presents the major results of classical measure and integration theory in a clear and rigorous fashion. Besides offering the mainstream fare, the author also offers detailed discussions of extensions, the structure of Borel and Lebesgue sets, set-theoretic considerations, the Riesz representation theorem, and the Hardy-Littlewood theorem, among other topics, employing a clear presentation style that is both evenly paced and user-friendly. Chapters include:
* Measurable Functions
* The Lp Spaces
* The Radon-Nikodym Theorem
* Products of Two Measure Spaces
* Arbitrary Products of Measure Spaces
Sections conclude with exercises that range in difficulty between easy "finger exercises"and substantial and independent points of interest. These more difficult exercises are accompanied by detailed hints and outlines. They demonstrate optional side paths in the subject as well as alternative ways of presenting the mainstream topics.
In writing his proofs and notation, Vestrup targets the person who wants all of the details shown up front. Ideal for graduate students in mathematics, statistics, and physics, as well as strong undergraduates in these disciplines and practicing researchers, The Theory of Measures and Integration proves both an able primary text for a real analysis sequence with a focus on measure theory and a helpful background text for advanced courses in probability and statistics.