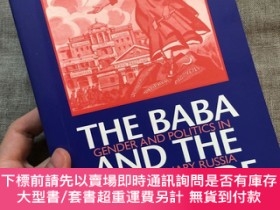 代購商品
How could the baba—traditionally, the "backward" Russian woman—be mobilized as a "comrade" in the construction of a new state and society? Drawing on recently opened archives, Elizabeth A. Wood explains why the Bolsheviks proved unable and ultimately unwilling to realize their ideological notions of a gender-neutral society. Focusing on the creation and activities of the zhenotdel, a special women’s section within the Russian Communist Party, Wood reconstructs the ways in which notions of gender sameness and difference both facilitated and complicated Bolshevik efforts at state building during the Civil War and the New Economic Policy.

"Meticulously researched, impressively documented, and engrossingly written,... [it] contributes to a long-overdue reconception of the New Economic Policy (NEP)...." —Choice

"... a well-organized, sophisticated analysis of the difficulties involved in attempting to reconcile ideology with political, economic, and cultural realities.: —The Russian Review

"... a highly persuasive, revealing, and well-documented account of early Bolshevik policy, practice, and language pertaining to the ‘baba problem’ and the unexpected ways female and male comrades responded to the party-state’s tutelary role toward women." —Slavic Review

"This is a rich and densely argued study that embeds the story of the zhenotdel in the context of the political struggles and institutional structures of this formative period of the Russian Revolution. Wood demonstrates clearly the dilemma of whether women party activists should serve the party or their constituents." —American Historical Review

"Wood’s convincing work is a welcome addition to the growing literature on the gender-role traditionalism the Communists reinstitutionalized with their revolution." —The Women’s Review of Books