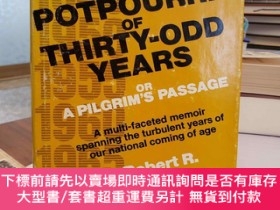 代購商品
Robert was born on September 15, 1921, in Chicago, the oldest child of Madelyn and Raymond Hentz. He attended Lane Technical High School, Wright Junior College, and received his B.S. in Chemistry from the University of Chicago where he was elected into Phi Beta Kappa. As a soldier in the United States Army during World War II, he worked as an analytical chemist on the Manhattan Project in Oak Ridge, Tennessee, followed by an assistantship to Nobel Prize winner, W.F. Libby, at Argonne National Laboratory. He received his Ph.D. in Chemistry from the University of Notre Dame, where he was also a Post-Doctoral Fellow. Robert spent his life teaching and pursuing research in radiation chemistry, photochemistry, and radiochemistry, in the public and private sectors. He published sixty-seven papers, received five patents in his field, served on the editorial boards of scientific journals, chaired national and international conferences across the United States and in The Soviet Union and Argentina. Robert was a member of the American Chemical Society, the Faraday Society, Sigma Xi, the Radiation Research Society, and the American Association for the Advancement of Science. In his later years, he took up running, and competed in marathons. His non-scientific publications include poems and short stories in literary journals and his memoir: Potpourri of Thirty-Odd Years, or, A Pilgrim's Passage.

Robert married Barbara Dabbs on September 7, 1947. Their 67 year marriage was a model of affection and respect. Together they raised four daughters. Robert touched many lives as a husband, parent, grand-parent, great-grandparent, and as a teacher and mentor for hundreds of students and colleagues.