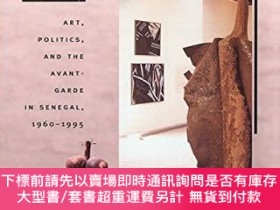 Description In Senghor's Shadow is a unique study of modern art in postindependence Senegal. Elizabeth Harney examines the art that flourished during the administration of Leopold Sedar Senghor, Senegal's first president, and in the decades since he stepped down in 1980. As a major philosopher and poet of Negritude, Senghor envisioned an active and revolutionary role for modern artists, and he created a well-funded system for nurturing their work. In questioning the canon of art produced under his aegis-known as the Ecole de Dakar-Harney reconsiders Senghor's Negritude philosophy, his desire to express Senegal's postcolonial national identity through art, and the system of art schools and exhibits he developed. She expands scholarship on global modernisms by highlighting the distinctive cultural history that shaped Senegalese modernism and the complex and often contradictory choices made by its early artists.Heavily illustrated with nearly one hundred images, including some in color, In Senghor's Shadow surveys the work of a range of Senegalese artists, including painters, muralists, sculptors, and performance-based groups-from those who worked at the height of Senghor's patronage system to those who graduated from art school in the early 1990s. Harney reveals how, in the 1970s, avant-gardists contested Negritude beliefs by breaking out of established artistic forms. During the 1980s and 1990s, artists such as Moustapha Dime, Germaine Anta Gaye, and Kan-Si engaged with avant-garde methods and local artistic forms to challenge both Senghor's legacy and the broader art world's understandings of cultural syncretism. Ultimately, Harney's work illuminates the production and reception of modern Senegalese art within the global arena.