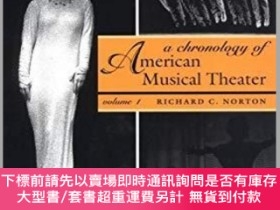 With an introductory chapter discussing the very earliest productions--The Beggar's Opera (1750), The Archers (1796), Tom and Jerry (1823), and The Bohemian Girl (1844)--A Chronology of American Musical Theater offers in-depth coverage of Broadway musicals from 1850-2001. The book's entries span more than 5,000 shows, including not only "book musicals" but also revivals, revues, burlesques, operettas, farce comedies, comic operas, ice skating shows, rock operas, and other musical spectacles that appeared on Broadway stages. Drawing on primary documents--playbills, newspaper reviews, advertisements, and articles--Richard C. Norton has assembled a wealth of information in an easy-to-use format. All productions appear in chronological order by season in the first two volumes and are indexed alphabetically in volume three, allowing readers to quickly locate shows by either date or title, with variant titles also included. Entries contain the full cast, including chorus and dance ensemble (when known), composers, lyricists, book writers, choreographers, set designers, costumers, lighting designers, directors, and producers, followed by details of acts and scenes, and a comprehensive list of songs, sketches, dances, and specialties. The opening paragraph of each entry also contains information which does not appear in programs, such as opening and closing dates, change of venue, return engagements, and number of performances. In addition to the title index, complete song and principal performer indexes are also included, as well as a selected index of personal names of creators and secondary performers. No other resource--print or electronic--offers as many musicals as the Chronology of American Musical Theater. For anyone wishing to trace the history of a Broadway musical, or to research any aspect of this vital popular art, this three-volume set is the best, and in many instances, the only place to start.