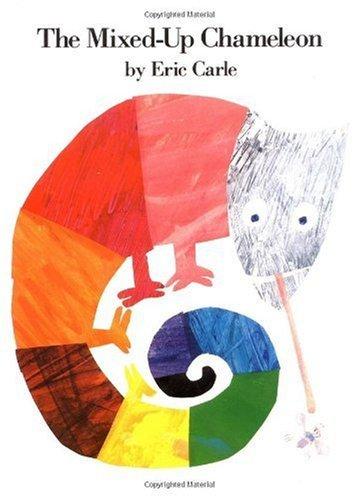 內容簡介：
The chameleon's life was not very exciting until the day it discovered it could change not only its color but its shape and size,too. When it saw the wonderful animals in the zoo, it immediately wanted to be like them -- and ended up like all of them at once -- with hilarious results.
作者簡介：
Eric Carle is the creator of more than seventy picture books for young readers.

Eric Carle was born in New York, USA. However, when he was just six, he moved with his parents to Germany. In 1952, after graduating from the prestigious Akademie der Bildenden K�ste in Stuttgart, he fulfilled his dream of returning to New York.

Eric Carle has received many distinguished awards and honours for his work, including, in 2003, the Laura Ingalls Wilder Award for his lifetime contribution to children's literature and illustration.

In 2002, fifty years after Carle's return to the United States, The Eric Carle Museum of Picture Book Art was opened in Amherst, Massachusetts. Here visitors of all ages can enjoy, in addition to Eric Carle's work, original artwork by other distinguished children's book illustrators from around the world.