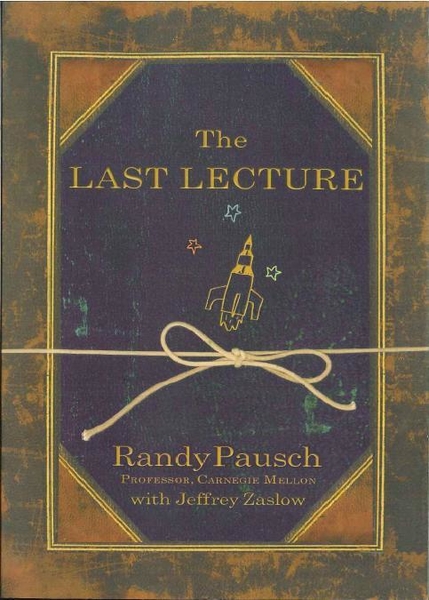 內容簡介：
A lot of professors give talks titled The Last Lecture. Professors are asked to consider their demise and to ruminate on what matters most to them: What wisdom would we impart to the world if we knew it was our last chance? If we had to vanish tomorrow, what would we want as our legacy?
When Randy Pausch, a computer science professor at Carnegie Mellon, was asked to give such a lecture, he didn't have to imagine it as his last, since he had recently been diagnosed with terminal cancer. But the lecture he gaveReally Achieving Your Childhood Dreamswasnt about dying. It was about the importance of overcoming obstacles, of enabling the dreams of others, of seizing every moment (because time is all you have and you may find one day that you have less than you think). It was a summation of everything Randy had come to believe. It was about living.

In this book, Randy Pausch has combined the humour, inspiration, and intelligence that made his lecture such a phenomenon and given it an indelible form. It is a book that will be shared for generations to come. --This text refers to the Hardcover edition.
作者簡介：
Randy Pausch was a professor of Computer Science, Human Computer Interaction, and Design at Carnegie Mellon University. From 1988 to 1997, he taught at the University of Virginia. An award-winning teacher and researcher, he worked with Adobe, Google, Electronic Arts 'EA', and Walt Disney Imagineering, and pioneered the Alice project.

Jeffrey Zaslow, a columnist for the Wall Street Journal, attended the last lecture, and wrote the story that helped fuel worldwide interest in it. He lives in suburban Detroit with his wife, Sherry, and daughters Jordan, Alex, and Eden --This text refers to the Hardcover edition.