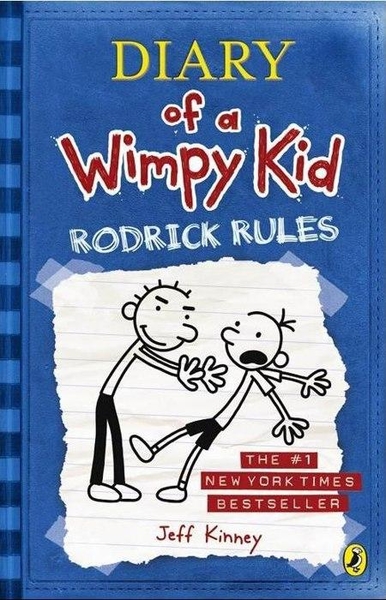 Secrets have a way of getting out, especially when a diary is involved.

Whatever you do, don’t ask Greg Heffley how he spent his summer vacation, because he definitely doesn’t want to talk about it.

As Greg enters the new school year, he’s eager to put the past three months behind him . . . and one event in particular.

Unfortunately for Greg, his older brother, Rodrick, knows all about the incident Greg wants to keep under wraps. But secrets have a way of getting out . . . especially when a diary is involved.

Diary of a Wimpy Kid: Rodrick Rules chronicles Greg’s attempts to navigate the hazards of middle school, impress the girls, steer clear of the school talent show, and most important, keep his secret safe.

F&P level: T
作者簡介：
Jeff Kinney is an online game developer and designer, and the author of the #1 New York Times bestsellers Diary of a Wimpy Kid and Diary of a Wimpy Kid: Rodrick Rules. He spent his childhood in the Washington, D.C., area and now lives in southern Massachusetts with his wife and their two sons.