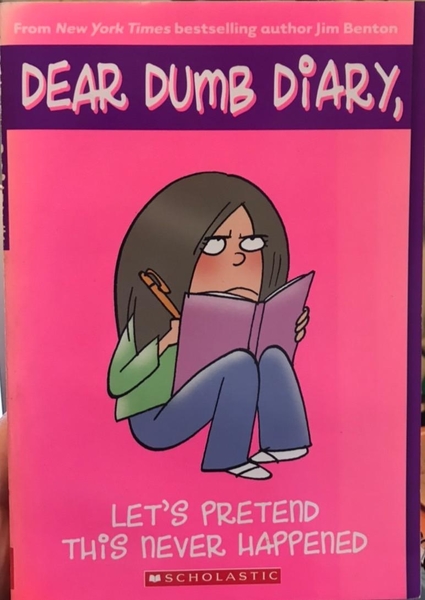 Read the hilarious, candid (& sometimes mean) diaries of Jamie Kelly, who promises that everything in her diary is true...or at least as true as it needs to be. In this book, Jamie contends with Angeline, the school's prettiest, most popular girl (who Jamie thinks is a goon!) and the impending visit of her troll-like little cousin. Will Jamie survive? Will she go mad? Will she send her mom's nasty casserole to starving children in Wheretheheckistan? You'll just have to read the first installment of Dear Dumb Diary to find out!
作者簡介：
Jim Benton is not a middle-school girl, but do not hold that against him. He has managed to make a living out of being funny, anyway. He is the creator of many licensed properties, some for big kids, some for little kids, and some for grown-ups who, frankly, are probably behaving like little kids. You may already know his It's Happy Bunny... and Dear Dumb Diary, both series written by Jim. On top of writing books, he's created a kids' TV series and designed clothing. Jim Benton lives in Michigan with his spectacular wife and kids. They do not have a dog, and they especially do not have a vengeful beagle.