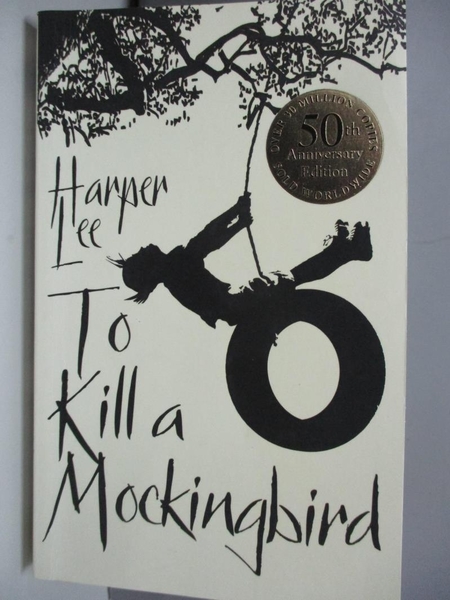 [內容簡介] (本項為出版商制式文字, 不論下文註明有無附件, 仍以本拍賣商品標題為準, 標題未註明有附件者一律均無)
Shoot all the bluejays you want, if you can hit 'em, but remember it's a sin to kill a mockingbird'. A lawyer's advice to his children as he defends the real mockingbird of Harper Lee's classic novel - a black man charged with the rape of a white girl. Through the young eyes of Scout and Jem Finch, Harper Lee explores with exuberant humour the irrationality of adult attitudes to race and class in the Deep South of the thirties. The conscience of a town steeped in prejudice, violence and hypocrisy is pricked by the stamina of one man's struggle for justice. But the weight of history will only tolerate so much. "To Kill a Mockingbird" is a coming-of-age story, an anti-racist novel, a historical drama of the Great Depression and a sublime example of the Southern writing tradition.

Harper Lee was born in 1926 in Monroeville, Alabama, a village that is still her home. She attended local schools and the University of Alabama. Before she started writing, she lived in New York and worked in the reservations department of an international airline. She has been awarded the Pulitzer prize, two honorary degrees and various other literary and library awards. Her chief interests apart from writing are nineteenth-century literature and eighteenth-century music, watching politicians and cats, travelling and being alone.)