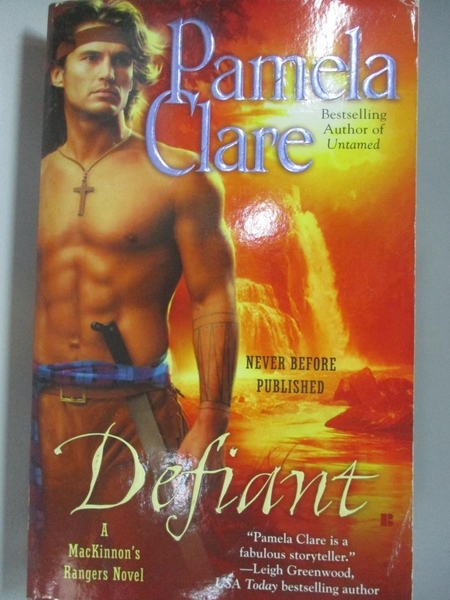 [內容簡介] (本項為出版商制式文字, 不論下文註明有無附件, 仍以本拍賣商品標題為準, 標題未註明有附件者一律均無)
Charged with a crime they didn’t commit, the MacKinnon brothers faced a death sentence until they agreed to serve the British Crown in the colonies and take up arms against the French. Allied with the Indian tribes who lived beside them in the wilderness, the Scottish Highland warriors forged a new breed of soldier…

Major Connor MacKinnon despises his commander, Lord William Wentworth, beyond all other men. Ordered to rescue Wentworth’s niece after the Shawnee take her captive, he expects Lady Sarah Woodville to be every bit as contemptible as her uncle. Instead, he finds a brave and beautiful lass in desperate peril. But the only way to free Sarah is for Connor to defeat the Shawnee warrior who kidnapped her — and claim her himself.

Torn by tragedy from her sheltered life in London, Lady Sarah is unprepared for the harshness of the frontier — or for the attraction she feels toward Connor. When they reach civilization, however, it is she who must protect him. For if her uncle knew all that Connor had done to save her, he would surely kill him.

But the flames of passion, once kindled, are difficult to deny. As desire transforms into love, Connor will have to defy an empire to keep Sarah at his side.

Colorado author Pamela Clare began her writing career as a columnist and investigative reporter and eventually became the first woman editor-in-chief of two different newspapers. Along the way, she and her team won numerous state and national honors, including the National Journalism Award for Public Service and the Keeper of the Flame Lifetime Achievement Award. A single mother with two college-aged sons, she writes historical romance and contemporary romantic suspense within view of the beautiful Rocky Mountains.)