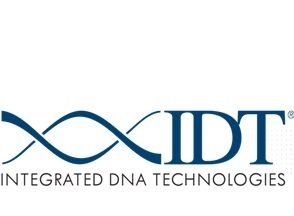 Figure 1. Components of the Alt-R™ CRISPR-Cas9 System for directing Cas9 endonuclease to genomic targets. The crRNA:tracrRNA complex uses optimized Alt-R crRNA and tracrRNA sequences that hybridize and then form a complex with Cas9 endonuclease to guide targeted cleavage of genomic DNA. The cleavage site is specified by the protospacer element of crRNA (thick green bar). The crRNA protospacer element recognizes 19 or 20 nt on the opposite strand of the NGG PAM site (see Figure 2 for design guidance). The PAM site must be present immediately downstream of the protospacer element for cleavage to occur. Research by IDT scientists has shown that the Alt-R CRISPR-Cas9 System provides the highest percentage of on-target genome editing when compared to competing designs, including both native S. pyogenes crRNA:tracrRNA and single fusion sgRNA triggers (see the Performance tab for data).

IDT recommends using the Alt-R S.p. Cas9 Nuclease 3NLS combined with the Alt-R CRISPR crRNA and tracrRNA into a ribonucleoprotein (RNP) complex for very high editing efficiency across most target sites. Using the RNP complex, instead of Cas9 mRNA or DNA expression constructs, has been shown to solve some of the challenges associated with these other methods [1, 2]. For example, using the Alt-R S.p. Cas9 Nuclease allows researchers to precisely control how much Cas9 is introduced, and the non-renewable Cas9 enzyme limits the duration of Cas9 activity. Both of these factors help to reduce off-target editing. In addition, using the RNP eliminates issues of genomic incorporation from DNA constructs, and the toxicity issues associated with transfecting long mRNA.

While delivering Cas9 nuclease as part of an RNP is the preferred method, the Alt-R CRISPR-Cas9 System is also compatible with S.p. Cas9 from any source, including cells that stably express S. pyogenes Cas9 endonuclease, or when Cas9 is introduced as a DNA or mRNA construct.

The Alt-R S.p. Cas9 Nuclease 3NLS enzyme is a high purity, recombinant S. pyogenes Cas9. The enzyme includes 1 N-terminal nuclear localization sequence (NLS) and 2 C-terminal NLSs, as well as a C-terminal 6-His tag. The molecular weight of the nuclease is 163,700 g/mol. The S. pyogenes Cas9 enzyme must be combined with a crRNA and tracrRNA in order to produce a functional, target-specific editing complex. For the best editing, combine the Alt-R S.p. Cas9 Nuclease 3NLS enzyme with the optimized Alt-R CRISPR crRNA and tracrRNA in equimolar amounts.