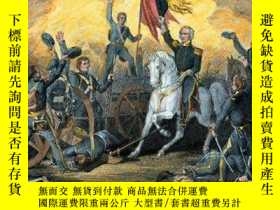 Description In 1847, General Winfield Scott boldly led a small but undaunted army from the Mexican coast all the way to the Hall of Montezuma, routing Mexican forces at every turn while pacifying the countryside. Scott's military campaign - America's first ever in a foreign country - helped pave the way for victory in the wider war against Mexico and also posed new challenges for discipline, logistics, and the treatment of civilian. Yet it has remained largely neglected by historians. In this first book-length study of Scott's brilliant six-month campaign, Timothy Johnson shows how Scott overcame such obstacles as inadequate supplies, intense officer rivalries, and lack of support from President Polk - not to mention a country full of potentially hostile Mexicans - to keep his army intact deep in enemy territory and win the war. He interweaves a compelling narrative of the campaign - including detailed battle replays, terrain descriptions, and eyewitness accounts - with a comprehensive analysis of strategy, operations, and tactics. Along the way, he also provides considerable insight into Scott's efforts to fight a ""limited war"" by combining military force with diplomatic negotiation and by implementing a pacification plan that now seems far ahead of its time. Scott developed a sophisticated strategy of moderation to end the war by employing a sword-and-olive-branch approach. Although his army repeatedly won battles against superior numbers as it drove ever deeper into Mexico's interior, Scott paused after each contest to give the enemy an opportunity to sue for peace. And by respecting civilian property and purchasing supplies from the populace, his troops limited local support for guerrillas that threatened communication lines. Meanwhile on the battlefield, Scott successfully executed surprise flank attacks at CErro Gordo and Padierna, tactical masterpieces that inspired a generation of Civil War generals - like Grant, Lee, McClellan, and countless others. Providing the definitive work on the Mexico City campaign, ""A gallant Little Army"" highlights the visionary command of a legendary general, the flinty toughness of the troops he led, and the emergence of the United States as a potential global military power.