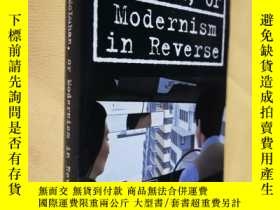 代購商品
Our lives are increasingly dominated by new forms of image, sound, data, and language media. Marshall McLuhan called this new order of things the Global Village, and he strove to be true to it as the media-popular `McLuhan.' Having little use for traditional critical forms or values, and courting instead the discourses of popular culture and big business, McLuhan displayed the authentic, ambivalent place of critical self-reflection in our media-centred world. McLuhan, according to Willmott, must be understood as a vital link in a generation of modern and postmodern critics, one who extracted modernist forms and values from the deconstructions of postmodern culture, and one who forced into public view the emergence of the critical intellectual as `being-in-media.' Willmott's book fills the need for a first critical, historical, and theoretical re-reading of McLuhan's literary and cultural projects. He re-evaluates McLuhan as a thinker and writer who moved along the borders of academic and popular culture, and locates him as an integral presence in the history of modern critical thought.

The book is divided into two parts, representing modern and postmodern periods. Willmott examines McLuhan's relationship to critical and aesthetic modernism, and political and historical sense of modernity in North America, from the early 1930s to the 1950s. This relationship led McLuhan to articulate and practise what Willmott calls a `modernism in reverse.' Willmott examines the postmodern practice of this critical aesthetic, from the 1950s to the 1970s, which entailed McLuhan's self-commodification in art, business, and popular culture.

McLuhan, or Modernism in Reverse thus aims to retrace and synthesize McLuhan's work in order to illuminate his unexpected meaning and value for critical practice today.