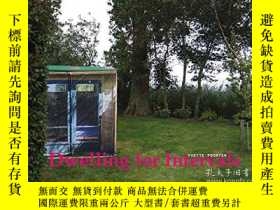 代購商品
Dwelling for Intervals is a morphing International Artist Residency program, based on a forest retreat, that has hosted more than 150 resident artists from around the world since it began in 2001. First known as "A Week in the Woods", it was situated in a room, in an apartment, in Montreal. Three years later, it became "This Neck of the Woods", in a cabin in a backyard in Rotterdam, The Netherlands. Finally, the project became a roving para-site called "Knock on Woods" which has temporarily staked claim to land in Holland, France, Portugal, Berlin, Japan, and Canada. Dwelling for Intervals is an independent state, a sculpture, a series of collaborations, an international artist residency, a wilderness, a tree house, a travelling circus and a relative site/situation for temporary doing and undoing. It will soon also be a full colour hardcover book which documents both the sites and the on-site work of the residents.