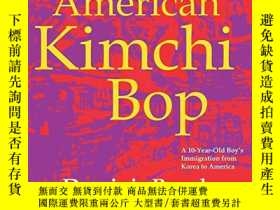 代購商品
When internationally renowned artist, author, speaker, and humanitarian Dominic Pangborn was 10 years old, he immigrated from South Korea to America. The son of an American GI and a Korean villager, Dominic had always been bullied because he didn't look the same as everyone else in his small village and the neighboring villages.Dominic knew he was different in Korea, and the first day he went to his new school in Detroit, he realized he was different in America, too. But...he decided he was glad he was different. People laughed because he was different, but he laughed because they were all the same.Dominic made the decision to be proud of who he was. And from that day on, he stood up for his beliefs, especially his belief in himself.His mother's dreams had come true...he went to the finest schools and discovered his gifts and talents. But he would never forget her hardships and sacrifices.Bonus Included: A Compilation of Dominic's ArtPraise for American Kimchi Bop: "American Kimchi Bop is the true story of a young Korean-American boy who overcomes the most incredible odds in his native South Korea to become adopted at age 10 by an American family. Without knowing any English and not sure where he was going, this boy faces many hardships but learns how to make his way in his new country and grows up to be an internationally acclaimed artist and inspirational speaker. The story and illustrations are so moving and inspirational that I wish American Kimchi Bop would become required reading in schools."--- JoAnn Everson"Such an incredible Coming to America story! And stunning illustrations, too! Dominic is a wonderful inspiration for children who are bullied and seem to have all the odds stacked against them, but who never stop going for their dreams."--- D. D. Scott, International Bestselling AuthorABOUT THE AUTHOR: Dominic Pangborn is an internationally renowned artist, author, speaker, and humanitarian. His work and accomplishments have been celebrated at the White House, the Ella Sharp Museum, and the 2018 Winter Olympics. Pangborn has over 1.5 million followers and collectors from around the worl