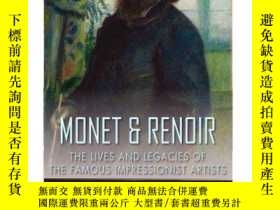 代購商品
*Includes pictures *Includes the artists' quotes about their lives and art *Includes online resources and a bibliography for further reading *Includes a table of contents To get a sense of the kind of prestige that Claude Monet enjoys within the art world, one need only learn that his Le Bassin Aux Nympheás (1919) - from his series of paintings featuring water lilies - sold for the equivalent of more than $70 million. This is an incredibly staggering price, especially considering that early in his life, Monet had been so poor and debt-ridden that some of his paintings were taken from him by creditors. How, exactly, did Monet progress from being an impoverished young Impressionist artist working at the vanguard of European art to the legendary Master whose works command prices near the very pinnacle of the art world? Naturally, Monet's commercial success soared exponentially in the decades following his death in 1926, at a time in which the prices commanded by the great Masters of Western art began rising in price at exponential rates. Yet even during his own lifetime, Monet enjoyed a sharp rise to fame and was canonized as one of the greatest painters in France. Following sharply in the footsteps of Edouard Manet, Claude Monet was one of the first painters identified within the Impressionist circle (indeed, it was Monet himself who coined the label of Impressionist after using it in the title of one of his paintings). Where some artists reach the peak of their acclaim early in life, Monet's star continued to rise even throughout his old age; although some would argue that the last decade or so of his life were anticlimactic, at least from an artistic standpoint, his landmark water lilies were made during his elderly years. And even though Monet would continue to paint well after the canonical period of Im...