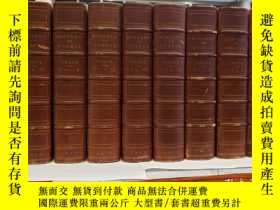 二手書博民逛書店A罕見history of Greece from the Earliest Period to the Close of Generation Contemporary with AlexanderY94537 Grote, George John Murray 出版1872

代購商品
George Grote (/ɡroʊt/; 17 November 1794 – 18 June 1871) was an English political radical and classical historian. He is now best known for his major work, the voluminous History of Greece.During these years of active public life, his interest in Greek history and philosophy had increased, and after a trip to Italy in 1842, he severed his connection with the bank and devoted himself to literature. In 1846 the first two volumes of the History appeared, and the remaining ten between 1847 and the spring of 1856. In 1845, with William Molesworth and Raikes Currie, he gave money to Auguste Comte, then in financial difficulties. The formation of the Sonderbund (20 July 1847) led him to visit Switzerland and study for himself a condition of things in some sense analogous to that of the ancient Greek states. This visit resulted in the publication in The Spectator of seven weekly letters, collected in book form at the end of 1847 (see a letter to de Tocqueville in Mrs Grote's reprint of the Seven Letters, 1876).

In 1856, Grote began to prepare his works on Plato and Aristotle. Plato and the Other Companions of Sokrates (3 vols.) appeared in 1865. That work made him known by some as "the greatest nineteenth-century Plato scholar."[7] The work on Aristotle he did not complete. He had finished the Organon and was about to deal with the metaphysical and physical treatises when he died at his home in Mayfair, London, and was buried in Westminster Abbey. The house, No. 12 Savile Row, now has a commemorative brown plaque on it.[8]

He is said, in some estimations, to have been a man of strong character and self-control, unfailing courtesy and unswerving devotion to what he considered the best interests of the nation. Other historians, such as Guy MacLean Rogers, consider he can reasonably be accused of anti-clerical bias. Grote's time on the Council at University College, London was characterised by his contentious approach to two liberal nonconformists: John Hoppus and James Martineau, both of whom found ways to work around his opposition. Grote's life has attracted a wide variety of biographical comment due to his strong views