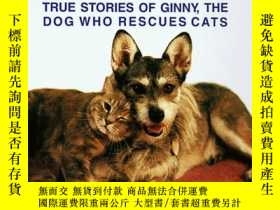 Description Many thousands of readers shared the joy of The Dog Who Rescues Cats, the amazing true story of Philip Gonzalez and his miracle dog, Ginny. Millions more watched their story on television news and talk shows. Since their first book, Philip and Ginny have been hard at work, carrying out their most incredible rescues - and their lives have changed in wonderful ways. The Blessing of the Animals is the story of their remarkable successes, from the back alleys of their Long Island cat-feeding stations to the backstage corridors of the Sally Jessy Raphael show. Philip and Ginny have become the world's most popular cat-rescue team.When Philip adopted Ginny from a local animal shelter, he knew right away that she was no ordinary dog. Ginny's amazing sixth sense enabled her to sniff out abandoned and disabled cats, and before long Philip had devoted his life to rescuing and caring for cats in need. Today they feed over one hundred outdoor cats and have brought twenty into their own home; one is blind, one is deaf, one has no rear paws, but they are all part of the family. Since The Dog Who Rescues Cats, Philip and Ginny's rescues have grown even more heroic. There was Beige, a frightened stray stranded in a flooded lot after the blizzard of '96; two kittens plucked from the backseat of an abandoned car; and Chairman, a tiny kitten whom Ginny sniffed out in a carton full of broken glass. On national television Sally Jessy Raphael called Ginny "a true hero" and gave her a medal. One TV reporter said, "She's the Pied Piper of sick and disabled cats," and another noted, "You might call her the Mother Teresa of the cat world." The Blessing of the Animals is the second volume in a heartwarming, remarkable story.