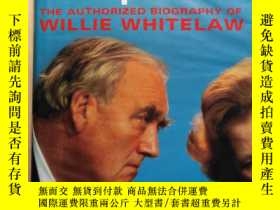 代購商品
Lord Whitelaw, one of the most prominent Conservative politicians of the post-war years and principal lieutenant of Margaret Thatcher, has died aged 81.
Viscount Whitelaw of Penrith had been ill for several months and died during the night, his family said today.

Whitelaw was a genial man, famously serene in the heat of political battle. But it was a foolish politician who underestimated his skills and his ability to thrive in spite of the occasional error of judgment.

He became the cool and amiable anchor of the Cabinet. It was said of Whitelaw that he "literally sweated good will."

He was stalwart and loyal to Heath and to Mrs Thatcher in sequence, although the two former prime ministers have disliked each other quite openly through most of their careers. "Lord Whitelaw - Willie as he will always be remembered - was a tower of strength for the Conservative Party for some 30 years," Heath said today.

"Willie's disarming charm always made him a popular figure to friend and foe alike. But he was also a shrewd and determined colleague and, for decades, one of the most skillful and dependable men in politics. His influence throughout his long career was immense," Heath said.

William Whitelaw was born June 28, 1918 and educated at the exclusive private school Winchester College, and took degrees in law and history at Cambridge University. He did not not excell academically in school or university.

Prime Minister Edward Heath gave Whitelaw his first cabinet post in 1970 as leader of the House of Commons.

Despite the government's public rejection of talks with the outlawed Irish Republican Army, he held secret meetings with IRA leaders. He managed to survive the uproar in London after the IRA disclosed the talks.

Whitelaw spent 1974, the final year of the Heath government, as employment secretary and was regarded as the most likely successor to Heath as Tory leader.

But he lost the leadership contest to Mrs Thatcher, who immediately appointed him deputy party leader.

Winning power in 1979, she made Whitelaw home secretary, responsible for police and immigration.

After the party's 1983 election victory, Mrs Thatcher gave him his peerage and made him leader of the unelected House of Lords.

Whitelaw led the Lords until 1988, and after Mrs Thatcher's resignation in 1990 continued as deputy leader of the Conservative Party under Prime Minister John Major for nine more months. He stepped down in August 1991 after 16 years in the post and 35 years' service to the party.

Lord Whitelaw is survived by his wife, the former Cecilia Doriel, and four daughters. Funeral plans were not immediately announced.