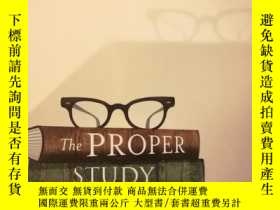 代購商品
Isaiah Berlin was one of the leading thinkers of the century, and one of the finest writers. The Proper Study Of Mankind selects some of the best of his essays. The full (and enormous) range of his work is represented here, from the exposition of his most distinctive doctrine: pluralism, to studies of Machiavelli, Tolstoy, Churchill and Roosevelt. In these pages he encapsulates the principal movements that characterise the modern age: romanticism, historicism, Fascism, relativism, irrationalism and nationalism. His ideas are always tied to the people who conceived them, so that abstractions are brought alive. His insights both illuminate the past and offer a key to the burning issues of the today.

Isaiah Berlin was born in Riga, now capital of Latvia, in 1909. When he was six, his family moved to Russia, and in Petrograd in 1917 Berlin witnessed both Revolutions - Social Democratic and Bolshevik. In 1921 he and his parents emigrated to England, where he was educated at St Paul's School, London, and Corpus Christi College, Oxford. Apart from his war service in New York, Washington, Moscow and Leningrad, he remained at Oxford thereafter - as a Fellow of All Souls, then of New College, as Chichele Professor of Social and Political Theory, and as founding President of Wolfson College. He also held the Presidency of the British Academy.

His published work includes Karl Marx, Russian Thinkers, Concepts and Categories, Against the Current, Personal Impressions, The Sense of Reality, The Proper Study of Mankind, The Roots of Romanticism, The Power of Ideas, Three Critics of the Enlightenment, Freedom and Its Betrayal, Liberty, The Soviet Mind and Political Ideas in the Romantic Age. As an exponent of the history of ideas he was awarded the Erasmus, Lippincott and Agnelli Prizes; he also received the Jerusalem Prize for his lifelong defence of civil liberties. He died in 1997.