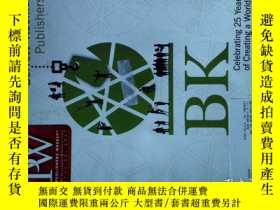 The magazine was founded by bibliographer Frederick Leypoldt in the late 1860s, and had various titles until Leypoldt settled on the name The Publishers' Weekly (with an apostrophe) in 1872. The publication was a compilation of information about newly published books, collected from publishers and from other sources by Leypoldt, for an audience of booksellers. By 1876, Publishers Weekly was being read by nine tenths of the booksellers in the country. In 1878, Leypoldt sold The Publishers' Weekly to his friend Richard Rogers Bowker, in order to free up time for his other bibliographic endeavors.[4] Eventually the publication expanded to include features and articles.[5]

Harry Thurston Peck was the first editor-in-chief of The Bookman, which began in 1895. Peck worked on its staff from 1895 to 1906, and in 1895, he created the world's first bestseller list for its pages. In 1912, Publishers Weekly began to publish its own bestseller lists, patterned after the lists in The Bookman. These were not separated into fiction and non-fiction until 1917, when World War I brought an increased interest in non-fiction by the reading public.[5][6]

Through much of the 20th century, Publishers Weekly was guided and developed by Frederic Gershom Melcher (1879–1963), who was editor and co-editor of Publishers' Weekly and chairman of the magazine's publisher, R.R. Bowker, over four decades. Born April 12, 1879, in Malden, Massachusetts, Melcher began at age 16 in Boston's Estes & Lauriat Bookstore, where he developed an interest in children's books.[7] He moved to Indianapolis in 1913 for another bookstore job. In 1918, he read in Publishers' Weekly that the magazine's editorship was vacant. He applied to Richard Rogers Bowker for the job, was hired, and moved with his family to Montclair, New Jersey. He remained with R.R. Bowker for 45 years.[7] While at Publishers Weekly, Melcher began creating space in the publication and a number of issues dedicated solely to books for children.[8] In 1919, he teamed with Franklin K. Mathiews, librarian for the Boy Scouts of America, and Anne Carroll Moore, a librarian at the New York Public Library, to create Children’s Book Week.[7] When Bowker died in 1933, Melcher succeeded him as president of the company; he resigned in 1959 to become chairman of the board of directors.[5][9]

In 1943, Publishers Weekly created the Carey–Thomas Award for creative publishing, naming it in honor of Mathew Carey and Isaiah Thomas.