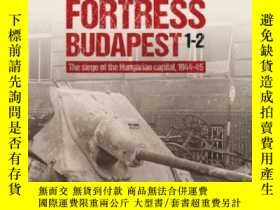 Description The struggle for the Hungarian capital in 1944-45, like the battle fought in the bend of the River Don, left an indelible scar on the collective memory of the Hungarian people. Although the military history of the battle fought within the territory of Budapest has been discussed by several authors, using various approaches, no genuinely comprehensive account, based on a balanced study of relevant archival sources of the opposing sides, has been previously published. Bulgarian researcher Kamen Nevenkin’s Fortress Budapest covers the military history of Operation Budapest. By studying and analyzing massive amounts of important and often intriguing details, and utilizing an unprecedented amount of archival sources and materials – most of which were previously inaccessible – the author provides an in-depth account of the 108-day operation. Within that broader framework, the author focuses primarily on the siege of Budapest, which lasted more than 50 days, and on the war that raged within the boundaries of the Hungarian capital. The reader will find all the relevant details regarding the strength, organization and combat value of the opposing forces. Nevenkin’s account enables the reader to ‘witness’ the ongoing combat events at each successive stage of the siege on a daily basis, and sometimes on an hourly basis. Individual chapters deal with the defensive system of the city that had been turned into a fortress: the combat actions fought in the respective areas of Pest, Buda and Margit Island; the sorties flown by the Soviet air units against Budapest; the air-supply efforts to support the besieged troops and, of course, the breakout attempt. The wide range of illustrations presented in this two-volume monograph complements perfectly the narrative content. Using reproductions of detailed contemporary map sketches, readers can easily explore the fortified sectors within the defensive system, including their fire plans, and several combat actions. This edition contains hitherto unpublished photographs of the struggle for Budapest, many of which also illustrate historical aspects of the city’s urban development and architecture. It is therefore reasonable to suggest that this monograph will take its place amongst the standard reference works published over the past year.