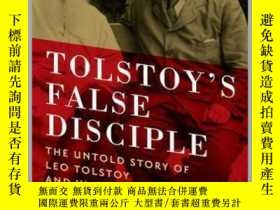 On the snowy morning of February 8, 1897, the Petersburg secret police were following Tolstoy's every move, and he was always in the company of a man named Certkov. At sixty-nine, Russia's most celebrated writer was being treated like a major criminal, and had abandoned his literary pursuits and become a spiritual mystic, angering the Orthodox church and earning both the admination and ire of his countrymen. Tolstoy was recognizable enough, with his peasant garb and beard, but who was the man who towered over Tolstoy, twenty years younger, with a cold, impenetrable look on his face?This man, Chertkov, was a relative to the Tsars and nephew to the chief of the secret police and represented the very things Tolstoy had renounced—class privilege, unlimited power, and wealth—and yet Chertkov fascinated and attracted Tolstoy. He would become the writer's closest confidant, reading even his diary, and at the end of Tolstoy's life, Chertkov had him in his complete control, preventing him from even seeing his own wife on his deathbed.