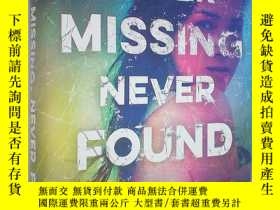 A juicy thriller about a girl who returned from the missing. . . . Hand to fans of We Were Liars, Bone Gap, and Vanishing Girls.
Some choices change everything. Scarlett chose to run. And the consequences will be deadly.
Stolen from her family as a young girl, Scarlett was lucky enough to eventually escape her captor. Now a teen, she's starting a summer job at an amusement park. There are cute boys, new friends, and the chance to finally have a normal life.
Her first day on the job, Scarlett is shocked to discover that a girl from the park has gone missing. Old memories come rushing back. And now as she meets her new coworkers, one of the girls seems strangely familiar. When Scarlett chose to run all those years ago, what did she set into motion? And when push comes to shove, how far will she go to uncover the truth . . . before it's too late?
A New York Public Library's Best 50 Books for Teens
"Panitch tells a harrowing story of captivity, survival, and the pursuit of hope. . . . A jaw-dropping final twist gives way to a surprising, satisfying conclusion to this tense, clever thriller." --Publishers Weekly, Starred Review
"With flashbacks that slowly reveal the terrible secret of Scarlett's escape and Pixie's fate, this psychological thriller evokes well-paced fear." --Kirkus Reviews
"This layered, satisfying read brims with spine-tingling psychological suspense." --Booklist
"Don't start the last fifty pages without time to finish this absorbing thriller." --The Bulletin

From School Library Journal
Gr 8 Up—Scarlett Contreras was once a missing child. She was stolen and forced to live in a basement with another girl her age. They were made to clean house for the cruel proprietress of a brothel. But she escaped and now, at 17, has her first summer job at the local theme park. She doesn't like to talk about her past, so she avoids getting too close, but she wants this job and is determined to try fitting in. Scarlett's first day at work, however, is marked by an ironic tragedy. The teen who interviewed Scarlett for the job goes missing after her last shift, and almost everyone on staff seems to be in shock. Attractive assistant manager Connor takes Scarlett under his wing, making sure she isn't left to fend for herself. But it is recent employee Katharina who designates herself as Scarlett's trainer, and there is something oddly disturbing about her. When Scarlett's estranged sister Melody strikes up a friendship with Katharina, bizarre events leave Scarlett (and readers) fearing for her sanity. The story evolves in a series of shifting perspectives that alternate between Scarlett's life now and her life during her abduction, with each perspective markedly different in tone. One is occasionally frightening but mostly a pedestrian romance, while the other evolves into an intriguing psychological thriller. Both lead to a surprising plot twist that readers will not have seen coming. VERDICT Teens who make it to the end of this twisty offering will be recommending it to their friends; purchase where suspense YA is popular.—Cary Frostick, formerly at Mary Riley Styles Public Library, Falls Church, VA

About the Author
AMANDA PANITCH grew up next to an amusement park in New Jersey and went to college next to the White House in Washington, D.C. She now resides in New York City, where she works in book publishing by day, writes by night, and lives under constant threat of being crushed beneath giant stacks of books. Visit Amanda online at amandapanitch.com and follow her on at @AmandaPanitch.