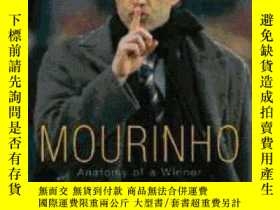 -When Jose Mourinho realised as a teenager that he was never going to be a great player, he decided he was going to become the best coach in the world. At 42, many would say hes done that - probably including Mourinho, who has called himself the Special One. From translator and assistant to Sir Bobby Robson at Barcelona, to Champions League-winning manager at Porto and on to (potentially) Europes most successful football club at Chelsea, Jose Mourinhos ascent has been rapid. Backed by Abramovichs billions, Mourinho has weeded out those not fully committed to his methods, has made several astute signings and has improved the game of many Chelsea stars. The result: in his first season, Chelsea won both the Premier League title and the Carling Cup. Patrick Barclay, award-winning football correspondent of the Sunday Telegraph, has written an intelligent, analytical and concise account of the psychology of Mourinho. To develop this portrait, he has interviewed those who have worked with him, such as Sir Bobby Robson and Louis van Gaal, as well as the players who provide a revealing insight into what has made Mourinho the most successful manager in the world at the moment. show more