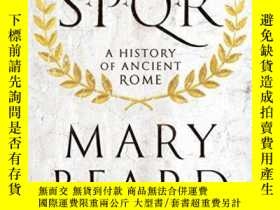 Ancient Rome was an imposing city even by modern standards, a sprawling imperial metropolis of more than a million inhabitants, a "mixture of luxury and filth, liberty and exploitation, civic pride and murderous civil war" that served as the seat of power for an empire that spanned from Spain to Syria. Yet how did all this emerge from what was once an insignificant village in central Italy? In S.P.Q.R., world-renowned classicist Mary Beard narrates the unprecedented rise of a civilization that even two thousand years later still shapes many of our most fundamental assumptions about power, citizenship, responsibility, political violence, empire, luxury, and beauty. From the foundational myth of Romulus and Remus to 212 ce-nearly a thousand years later-when the emperor Caracalla gave Roman citizenship to every free inhabitant of the empire, S.P.Q.R. (the abbreviation of "The Senate and People of Rome") examines not just how we think of ancient Rome but challenges the comfortable historical perspectives that have existed for centuries by exploring how the Romans thought of themselves: how they challenged the idea of imperial rule, how they responded to terrorism and revolution, and how they invented a new idea of citizenship and nation. Opening the book in 63 bce with the famous clash between the populist aristocrat Catiline and Cicero, the renowned politician and orator, Beard animates this "terrorist conspiracy," which was aimed at the very heart of the Republic, demonstrating how this singular event would presage the struggle between democracy and autocracy that would come to define much of Romes subsequent history. Illustrating how a classical democracy yielded to a self-confident and self-critical empire, S.P.Q.R. reintroduces us, though in a wholly different way, to famous and familiar characters-Hannibal, Julius Caesar, Cleopatra, Augustus, and Nero, among others-while expanding the historical aperture to include those overlooked in traditional histories: ...