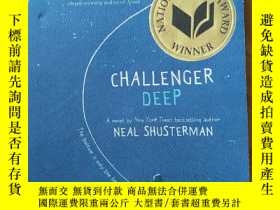 “Haunting, unforgettable, and life-affirming all at once.” (Booklist (starred review))

“An adventure in perspective as well as plot, this unusual foray into schizophrenia should leave readers with a deeper understanding of the condition.” (Kirkus Reviews (starred review))

“Clearly written with love, the novel is moving; but it’s also funny, with dry, insightful humor. Illustrations by the author’s son Brendan, drawn during his own time in the depths of mental illness, haunt the story with scrambling, rambling lines, tremulousness, and intensity.” (Horn Book (starred review))

“Teens, especially fans of the author’s other novels, will enjoy this book. This affecting deep dive into the mind of a schizophrenic will captivate readers, engender empathy for those with mental illnesses, and offer much fodder for discussion.” (School Library Journal (starred review))

“A thoroughly realistic story...Both male and female readers will find this compelling while acquiring a deeper compassion and understanding. ” (Voice of Youth Advocates (VOYA))

“Shusterman does a masterful job...The intensity of living inside Caden’s mind makes this a wrenching read.” (Bulletin of the Center for Children’s Books (starred review))

“Moving, funny, and insightful, Challenger Deep is about a boy named Caden who’s dealing with schizophrenia. Disorienting at times and emotionally poignant at others, this award-winning novel will make you ponder the complexities of mental illness.” (Brightly)

Read more
About the Author
Neal Shusterman is a New York Times bestselling and award-winning author. He is the author of Challenger Deep, a National Book Award winner, Boston Globe–Horn Book Award Honor Book, and recipient of six starred reviews; Bruiser, which was a Cooperative Children's Book Center (CCBC) Choice, a YALSA Popular Paperbacks for Young Adults pick, and on twelve state lists; and the Unwind dystology (includiung Thunder Head and Scythe), among many other books. He lives in California with his family.