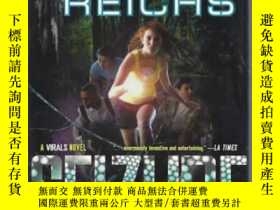 Synopsis: The second novel in the Virals trilogy from #1 bestselling author and inspiration for the TV series Bones - Kathy Reichs! Ever since Tory Brennan and her friends rescued Cooper, a kidnapped wolf pup with a rare strain of canine parvovirus, they've turned from regular kids into a crime-solving pack! But now the very place that brought them together - the Loggerhead Island Research Institute - is out of funding and will have to shut down. That is, unless the Virals can figure out a way to save it! So when Tory learns of an old Charleston legend about a famous she-pirate, Anne Bonney, whose fortune was never found, she can't believe her luck - buried treasure is exactly what she needs to save the Institute on Loggerhead! Trouble is, she and her friends aren't the only ones looking for it. And this time, the Virals' special powers may not be enough to dig them out of trouble . . . About the Author: Kathy Reichs (www.kathyreichs.com), like her iconic character Dr. Temperance Brennan, is a board-certified forensic anthropologist, and creator of the Fox television hit Bones, now in its eighth season. Reichs has written fourteen books in the Temperance Brennan series, all New York Times bestsellers, including Code, her third novel for young readers (www.viralstheseries.com). Brendan Reichs (www.brendanreichs.com) was born and raised in Charlotte, North Carolina. He graduated from Wake Forest University in 2000 and The George Washington University School of Law in 2006. After three long years working as a litigation attorney, he abandoned the trade to co-write the Virals series. He lives in Charlotte with his wife, Emily, daughter, Alice, and son, Henry. He plans to keep writing novels until they drag him from his desk. "About this title" may belong to another edition of this title.