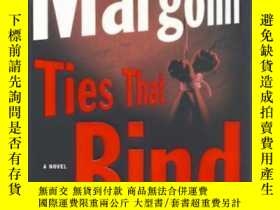 Synopsis: Success is fleeting; nobody knows this better than lawyer Amanda Jaffe, She had been the undisputed rising star of Portland's legal community, but in a cruel twist of irony, the same case that put her on the map -- the Cardoni trial, which pitted Amanda against a brilliant sociopath (in the New York Times bestseller Wild Justice) -- had left her traumatized, doubting her instincts, and shunning the limelight. This reticence ends when Amanda agrees to handle the case no one else will touch. Jon Dupre, who runs an upscale call-girl service, is accused of murdering a U.S. senator. Dupre claims to possess proof of the existence of a secret society of powerful men who have banded together for a commonly held political agenda. The rite of passage that binds them together -- the initiation into this powerful brotherhood -- is murder. To Amanda these seem the desperate claims of a man who will lie to save his own skin -- until she is pressured to walk away from the case. Determined to put a knife in the heart of the fear and psychological trauma that has plagued her ever since Cardoni, she refuses to abandon her investigation. It's a decision that will place her and those she loves directly in the path of a deadly juggernaut with ambitions that extend all the way to the presidency of the United States. Review: Bestselling author Phillip Margolin brings back Portland lawyer Amanda Jaffe for a repeat performance (after Wild Justice) in this mystery about a group of college killers who grow into a cadre of powerful political and business leaders bent on keeping their boyhood adventures concealed--as well as their present-day connection with a gang of cutthroat South American drug lords. There's big biotech money involved, enough to keep the so-called Vaughn Street Glee Club intent on making sure anyone who knows about their plans is silenced. Permanently, if necessary. It's up to Amanda to unmask the reason why the Glee Club is so anxious for her client Jon Dupre, the accused killer of a U.S. senator, to go down for murder. And what she learns about the lengths to which they'll go to keep their secrets, including killing members of their own family, threatens her life as well. Margolin strings a clumsy plot on a weak thread--why three affluent college boys become killers is never adequately explained--and the heroine, whose dogged perseverance is admirable, is otherwise too boring to capture the reader's interest. --Jane Adams "About this title" may belong to another edition of this title.