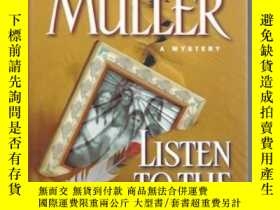 Synopsis: Upon the death of her father, San Francisco-based PI Sharon McCone discovers she's adopted and is determined to find her biological parents. She journeys to Idaho's Flathead Reservation for answers but discovers some locals who will stop at nothing to keep certain secrets hidden. Review: Sharon McCone (A Walk Through the Fire, McCone & Friends, Both Ends of the Night, etc.) is used to solving problems. She's been doing it for over 20 years in Marcia Muller's pioneering and acclaimed series about the San Francisco PI. And thanks to her extended and occasionally dysfunctional family, she's no stranger to the consequences of revealing the occasional skeleton in the closet. But her latest case is both personal and deeply devastating. After her father dies, Sharon discovers documents that have been hidden for her entire life and they launch her on a voyage of self-discovery. Intent on exploring her own past, Sharon travels from a Shoshone Indian reservation in Montana to a ghost town in northern California, and she becomes involved in a larger story of deceit--and murder. Writing a series means treading delicately on a high wire between repetition and revelation. Having once created a character who will voyage through two or 10 or 10,000 books, an author must decide what facets of the character's life will reappear as touchstones in each book, what items may be left by the wayside, how the past will inform the present, and how the present will indicate the future. With each new novel, the author reaches out to readers who may be comfortably familiar with the series and to readers who may be discovering it for the first time. There is no shortage of mystery writers whose series are immensely rewarding (think Sara Paretsky or Sue Grafton), but it's a difficult balancing act nonetheless. With Listen to the Silence, Marcia Muller seems to stumble slightly, just enough to leave readers wondering whether a safety net is in order. It's as if the burden of the past becomes too heavy for either character or author to support. Sharon seems a trifle flat, and Muller's integration of family and familiarity seems forced and abrupt. A first-time reader would do well to seek out earlier volumes in the series, but confirmed Muller fans will still relish the intensity with which the novel plunges into deeply unsettling territory. --Kelly Flynn "About this title" may belong to another edition of this title.