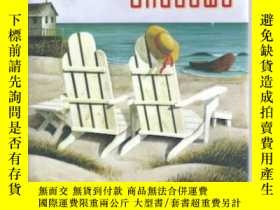 Synopsis: It's just another gorgeous June day on Martha's Vineyard until J. W. Jackson and his young son, Joshua, arrive home from clamming to find an ambulance in the driveway and blood on the grass. Two intruders have invaded their house. Little Diana is safe, but wife Zee has a split lip and a bruised cheek, not to mention the psychological trauma that goes with killing one man and wounding another. It was self-defense, but it's also a haunting memory that will stay with her forever. The dead man and his accomplice weren't common burglars, that's for sure. They wanted one thing: to know the whereabouts of a man named Tom Rimini. Zee told the truth when she said she'd never heard of him. Too bad they didn't believe her. They should have asked J.W., who knows exactly who Tom Rimini is. He's the Boston schoolteacher-husband of J.W.'s ex-wife, Carla. J.W. hasn't seen Carla in fifteen years, but that's about to change: Rimini's on the run and J.W. offers his help. As one who moved to Martha's Vineyard seeking tranquillity, J.W. despises the dark shadows that threaten his beloved island. He must broker a truce among some evil foes, or his life, and the lives of those he loves, may never be the same. Rich with all the trademark charms of a Philip R. Craig Martha's Vineyard novel, including witty repartee and good food, Vineyard Shadows also gives us new insight into J.W. and Zee as they take an illuminating look at life's joys and sorrows. Both poignant and page-turning, this is summer entertainment About the Author: Philip R. Craig grew up on a small cattle ranch near Durango, Colorado, before going off to college at Boston University, where he was an All-American fencer. He earned his M.F.A. at the University of Iowa Writers' Workshop, where Vance Bourjaily was his adviser. A recently retired professor of English at Wheelock College in Boston, he and his wife Shirley now live year-round on Martha's Vineyard. Vineyard Shadows is the twelfth book in the Vineyard series. Other titles include Vineyard Blues, A Fatal Vineyard Season, A Shoot on Martha's Vineyard, A Deadly Vineyard Holiday, and Death on a Vineyard Beach. "About this title" may belong to another edition of this title.