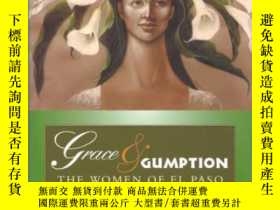 Synopsis: In Grace & Gumption: The Women of El Paso, thirteen contributors trace the history of El Paso from the distaff side. The women who settled El Paso faced an unusual reality. In 1848, the Treaty of Guadalupe Hidalgo changed the border, and people who were previously citizens of Mexico—living in their native country, speaking their native language—were suddenly citizens of the United States, forced to speak a foreign language. Editor Marcia Hatfield Daudistel gathers together authoritative voices who examine the bicultural identity of this city through the various roles the women assumed: artist and muse, philanthropist, healer, writer, historian, nun, suffragette, and businesswoman. The result is a new look at this city nestled between rivers, mountains, a military base, and Mexico. The women in this volume are just a few who left a legacy in El Paso. Their stories are kept alive through the memories of their families, the oral history of the Comadres, and in the history books. Their accomplishments were hard-won and required courage, persistence, inspiration, and especially grace and gumption. Contributors include Adair Margo, Mimi R. Gladstein, Yolanda Leyva, Nancy Miller Hamilton, Irasema Coronado, Lois Marchino, Deane Mansfield-Kelley, Meredith Abarca, Susan Goodman Novick, Lucy Fischer-West, Brenda Risch, Evelyn Posey, and Daudistel. About the Author: MARCIA HATFIELD DAUDISTEL is the editor, most recently of Literary El Paso, published by TCU Press in 2009. As the former associate director of Texas Western Press, she helped publish over seventy books and established the bilingual imprint Frontera Books. Daudistel is the recently appointed West Texas/Trans Pecos editor of Texas Books in Review. She is on the advisory committee of the Made in Texas: Cultivating Teachers to Engage Mexican American Literature in Middle and High School Classrooms project. She was a presenter at the 2009 Texas Book Festival and was also a member of the first Texas Book Festival on the Road committee. Daudistel is a member of the Friends of the University of Texas at El Paso Library Board and a 2009 Hertzog Award committee judge. She has been chosen as a presenter at the March 2010 convention of the Texas Historical Society. Daudistel has lived in El Paso for twenty-six years. "About this title" may belong to another edition of this title.