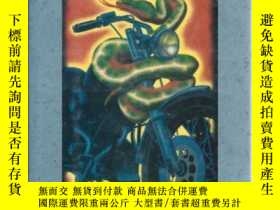 Synopsis: Smokey Brandon, a former stripper currently working in forensics, tries to ascertain the identity of a gruesomely destroyed corpse and avoid becoming a madman's next victim From Publishers Weekly: A charred female torso in a torched Cadillac and a fretting relative send Smokey Brandon undercover in Ayres's second mystery, after A World the Color of Salt . Smokey, a civilian employee in the Orange County, Calif., sheriff's forensics department, learns from her brother Nathan that Miranda Robertson, one of his ex-wives, has vanished. Smokey has no comfort to offer: the burned car in her case was registered to Miranda, whose physician-husband claims she is vacationing in Italy. According to Nathan, Miranda was sleeping with (in addition to himself) Monty Blackman, who shared her fondness for motorcycles. With her boss's permission, Smokey taps into her experience as a Vegas stripper to land a job at Monty's bar, which features "young ladies in lingerie at lunchtime." Monty turns out to be a man of many parts, some of which Smokey finds attractive until she wanders away from a rally she and he are attending and sees two of his chums coolly slit a man's throat. On reporting to the police, Smokey understands that she has stumbled on something bigger than she suspected--and that she is going back in. Although Smokey has a full ration of soft spots, her second appearance is as gritty as a mouthful of ashes, offering a convincing, high-speed chase for readers who don't mind riding with tattooed hog lovers. Copyright 1994 Reed Business Information, Inc. "About this title" may belong to another edition of this title.