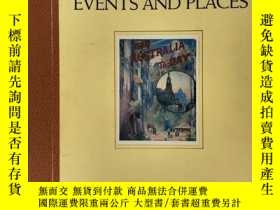 代購商品
THIS BOOK and its ten companions have been ten years in the making. They have been created to mark the bicentenary of European settlement in this country, and they are the outcome of collaboration on a scale never before attempted in the writing of Australian history. Hundreds of people in and beyond universities have joined together to re-create the experience of people living in Australia since 1788 and to place that experience in the wider context of a human occupation that began tens of thousands of years ago.
The editors and contributors have worked in a variety of modes: from slicing into the past at fifty-year intervals (Australians 1838 ,1888 and 1938 )to laying out, in terse chronology, events as they happened year by year (Eventsand places ), and from portraying processes and movements on maps of the country (Ahistorical atlas to briefing readers for explorations of their (Aguide to sources) The authors represent diverse approaches, in terms both of occupation-historian, economist, archaeologist, geographer, librarian, journalist-and of outlook.We have sought the best person for each part of the job, and not altered or muffled anybody's voice. We have also tried to make the work of scholars readily accessible to general readers.
In this aspiration we have been strengthened by a close working relationship with the publishers. From early days the project has benefited from continuous consultation with representatives of Fairfax, Syme Weldon about its form and presentation. Their confidence in our enterprise has heartened us throughout the long journey.
Together, we and they present Australians: a historical library to the people of Australia as an offering for 1988 and beyond.