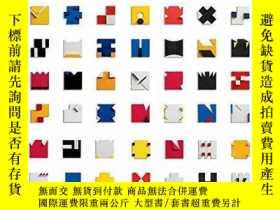 代購商品
An exceptional overview of the experimental, political, and participatory artwork of an important, iconoclastic Latin American artist

Lygia Pape (1927-2004) was an influential Brazilian artist and pioneering member of the postwar avant-garde. She worked across an expansive range of media, including painting, drawing, prints, sculpture, film, performance, poetry, and installation, and her art is now exhibited worldwide. This handsome book provides an extensive examination of her lengthy, prolific career.

Pape embraced the ideals of Concrete art and geometric abstraction early on, and later was an active participant in the Neo Concrete movement that championed experimentation and chance. During this time, she created participatory works that questioned the space between artist and viewer, as well as the social context of art itself. Featuring essays from art historians in both North and South America, an illustrated chronology, and two previously untranslated interviews with the artist, Lygia Pape is a testament to Pape's lasting importance to the modern art and culture of Latin America and to her position as a major figure of the international avant-garde.