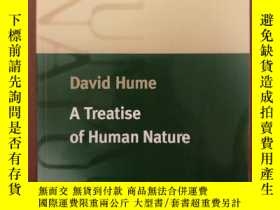 代購商品
The Oxford Philosophical Texts series consists of truly practical and accessible guides to major philosophical texts in the history of philosophy from the ancient world up to modern times. Each book opens with a comprehensive introduction by a leading specialist which covers the philosopher's life, work, and influence. Endnotes, a full bibliography, guides to further reading, and an index are also included. The series aims to build a definitive corpus of key texts in the Western philosophical tradition, forming a reliable and enduring resource for students and teachers alike.
David Hume's comprehensive attempt to base philosophy on a new, observationally grounded study of human nature is one of the most important texts in Western philosophy. It is also the focal point of current attempts to understand 18th century philosophy The Treatise first explains how we form such concepts as cause and effect, external existence, and personal identity, and how we create compelling but unverifiable beliefs in the entities represented by these concepts. It then offers a novel account of the passions, explains freedom and necessity as they apply to human choices and actions, and concludes with a detailed explanation of how we distinguish between virtue and vice. The volume features Hume's own abstract of the Treatise, a substantial introduction that explains the aims of the Treatise as a whole and of each of its ten parts, a comprehensive index, and suggestions for further reading.

David Norton is Macdonald Professor of Moral Philosophy and Codirector of the Hume Society/National Endowment for the Humanities Institute on the Philosophy of David Hume.