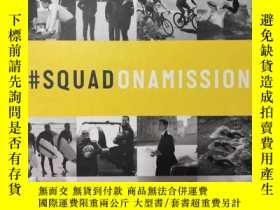 代購商品
Breitling CEO Georges Kern is thrilled to reveal the remarkable new #squadonamission campaign. He says, “This concept is a compelling and focused celebration of the re-emergence of our brand. At Breitling, we believe in the power of a team, the strength of a group, and the mutual identification of a common target, which ultimately leads to success.”

These unique squads come from different fields – including cinema, aviation, exploration, and sport – but the hand-picked squad members have something in common: they are the very best in the world at what they do. And while they have all achieved incredible acclaim for their individual accomplishments, they are united by their shared passion, profession, and commitment. Over the course of the #squadonamission campaign, Breitling will be introducing yet more remarkable personalities.

The first stage of the squad initiative will feature a 360° communication campaign including a full range of print, online, outdoor, points of sale, and broadcast advertising, as well as comprehensive use of all the major social media channels around the world. The campaign will be linked to timepieces from Breitling’s iconic watch families that have been specially selected for the different squads and their environments. The members of the Breitling Jet Team Squad, which is set to get the campaign off to a dynamic start, have been outfitted with models from the Navitimer 8 collection, launched earlier in 2018.

Tim Sayler, Breitling’s CMO, points out that the campaign is particularly ambitious. He says, “Breitling was and is a brand for doers, for men and women of style, purpose, and action, deeply rooted in the idea of tool watches. Our #squadonamission campaign showcases this in an innovative and impactful way. The squad members are individuals of incredible drive and accomplishment. The distinctive look and feel of the campaign also underlines the cool and contemporary spirit of the Breitling brand.”

The first campaign photo shoots of the squads have taken place in the last few months. These have been impressively documented with behind-the-scenes imagery and videos that will be introduced to complement the campaign. The Breitling Jet Team Squad was photographed at its base in Dijon; the Explorers Squad members were captured on film on the Lofoten Islands in Norway; and Charlize Theron, Brad Pitt, Adam Driver, and Chinese actor Daniel Wu, who will play a particularly important role in the campaigns in Asia, were shot by celebrated fashion photographer Peter Lindbergh in California.

Georges Kern says, “The squad initiative perfectly reflects our values and our philosophy. We aim for authenticity, credibility, and honesty for our brand and our products and also in our interactions with our clients. The same applies for each of the squads. Their members are absolute masters in their respective fields. I am very much looking forward to seeing them follow their passions and succeed in their missions in one (or more!) of Breitling’s environments – air, sea, and land.”